Join us for a wonderful evening of Japanese culture with guest curator Barry Till in attendance, along with sake tasting and authentic Japanese cuisine by Yamagoya. This event launches the Fernie Museum’s must-see summer exhibit, From Geisha To Diva: The Kimono of Ichimaru.

Purchasing advance tickets is encouraged; only a limited number of tickets will be available that evening at the door. Tickets are $20 per person and can be purchased online or at the Fernie Museum.

Famed for their elegant shapes and brilliant colouring, kimonos are an enduring symbol of the geisha. But there is more to the garments than their admirable style. Woven into the silk or linen of a kimono is the story of the woman who donned it while performing. No story is more captivating than that of Japan’s most sought-after geisha of the 20th century, Ichimaru.The exhibit features 24 kimono and many of her personal formal accessories, along with records and other material highlighting her illustrious international career as a singer following her life as a geisha. 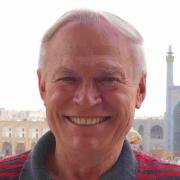 Barry Till is a Curator Emeritus of Asian art at the Art Gallery of Greater Victoria in Canada. With a wide-ranging knowledge of Asia’s history, archaeology, and cultures, he has travelled extensively and lectured on numerous expeditions for both National Geographic and the Smithsonian Institute for more than thirty years. He has published more than 100 exhibition catalogues (including The Buddhist Arts of Asia), books, and articles on various Asian art topics, and is an enthusiastic and engaging speaker. In 2008, Barry received the Distinguished Service Award from the Canadian Museums Association. He speaks Chinese, holds degrees in Far Eastern Studies, and studied at Oxford and at Nanjing University in China.

This exhibit is on loan from the Art Gallery of Greater Victoria and has been shown previously at such museums and galleries as the National Geographic Museum (Washington, DC), the Royal Alberta Museum (Edmonton), the Audain Gallery (Whistler), and the Textile Museum of Canada (Toronto).