The Fernie Museum promotes the living landscapes and cultures of Fernie and the Elk Valley-Crowsnest Pass region through the museum and archives’ feature exhibitions, permanent collections, public programming and community engagement. It is governed by the Fernie and District Historical Society; the Society was founded in 1964, was incorporated in 1976 and has Canadian charitable status.

After years of collecting, the Society opened a museum on August 4, 1979 to coincide with Fernie’s Diamond Jubilee in the former Catholic Church rectory. The Society operated from this location until 1999 when the Church realized that it would soon need the property for its own purposes. The museum closed and the collections were put into storage.

It was at this time that a new group of passionate individuals brought new direction and ideas to the Society. With no facility, they began the digitization of the archives, expanded the image collection, created the Fernie Historical Calendar, published the Heritage Walking Tour booklet, and took the museum to the people with satellite exhibits around the community.

As part of Fernie’s Centennial Celebrations, the Society opened a temporary museum at 362B 2nd for the months of July, August and September, 2004. High attendance resulting from a visible, central location prompted the Society to continue operating a museum and visitor center from this location until 2010 in partnership with the Fernie Chamber of Commerce and with support from the City of Fernie.

In 2009, the City of Fernie, understanding the value a permanent home for the museum to the cultural life of the community, purchased the former BC Hydro building (the historic 1910 Home Bank building) and entered into a 25 year lease with the Society. Planning and renovations began and the Society gained its occupancy permit in 2010 for a permanent home in its third location.

Over 50 community volunteers donated 6,000 hours to restore the historic building and help develop the main floor exhibit with the support from 22 local businesses. The Museum Project costs a total of $575,000. Major funders included the City of Fernie, Teck Resources, Columbia Basin Trust, Canadian Heritage, Columbia Kootenay Cultural Alliance, the Community Infrastructure Improvement Fund, the Resorts of the Canadian Rockies, Island lake Resort Group, Heritage Legacy Fund of BC, Art and Ingrid Sombrowski, Igor Landfa’s Construction and the Fernie Rotary Club. The museum officially opened in September 2013. The Society continues to work in partnership with the Fernie Chamber of Commerce in providing a range of visitor services that promote Fernie, past and present, and enhance the Fernie visitor experience.

OUR HISTORY IN PHOTOGRAPHS 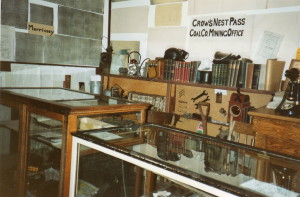 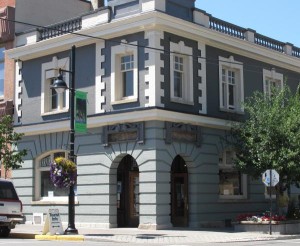 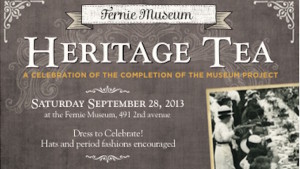