Britain and the Commonwealth declared war on the German Empire on August 4, 1914. Fernie, like much of the rest of Canada, responded with a wave of excitement and patriotic fervour. Lieutenant-Colonel Joseph MacKay opened a recruiting office on Victoria Avenue on the morning of August 12, and by the end of its first day 48 men volunteered. By August 28, now numbering 93, Fernie’s first contingent departed. Amid stirring speeches and cheering crowds, the volunteers marched to the train that would take them to the training camp at Valcartier, and then on to Europe.

This level of fanfare would become standard for all subsequent military departures, repeated regularly for the next four years, as volunteers rushed to join a multitude of units: the 2nd, 11th and 13th Canadian Mounted Rifles, the 30th Battalion, 13th Battalion (Royal Highlanders of Canada), the 143rd Battalion, and later our own local unit, the 54th Kootenay Battalion, among others.

So many volunteered that by the summer of 1916 locals feared the coal mines would shut down for lack of men to work them.

Those left behind laboured to ‘keep the home fires burning’, while fundraising tirelessly to support the war effort overseas. Locals banded together to support patriotic organizations such as the Canadian Patriotic Fund, the Canadian Red Cross, and the Tobacco Fund. In the summer of 1915, $1,000 was raised to provide the 54th Kootenay Battalion with its own Lewis machine gun.

Many who volunteered did so out of a sense of duty, but also of adventure. There was a general belief the victory would swift and glorious, that the war would be, ‘Over by Christmas.’ But the Christmases passed, and the years dragged on, and the war that was meant to End War began to claim staggering numbers of Canadian lives. In the end, it killed 64,962 Canadians and Newfoundlanders between 4 August 1914 to 31 August 1921. This number includes not only those who perished during the war, but also veterans who died of their wounds in the years following.

Total recruitment numbers are difficult to pin down, but according to our best estimates, around 1500 men left to fight from Fernie, Michel, Coal Creek and area, and of that number, just under 100 perished, although that number, too, is not exact. The cenotaph does not include those Italian, Belgian and French reservists, or Russians who volunteered from Hosmer.

Records are lost, memories fade, and we are left with 94 names, carved onto the sides of a block of granite. If the cenotaph reminds us of their names, then perhaps these simple biographies will remind us of their humanity- that before they were letters engraved in stone, they were fathers, sons, and brothers; butchers, coalminers and bank clerks; men who were a part of their community, and who left wounds in that community when they were gone.

SACRIFICE AT THE FRONT

While the personal history of all the 94 men listed on the cenotaph in Fernie are unknown to us, we have been able to learn about many of them, including: 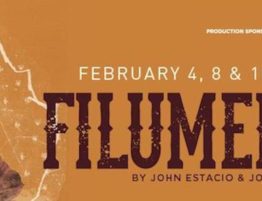 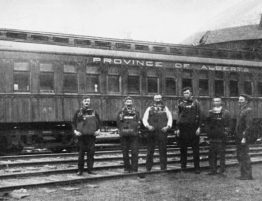 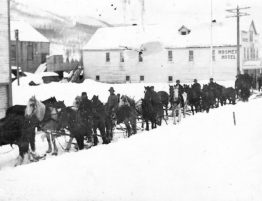