Named after the famed Trites-Wood Department Store once located next door,
the Fernie Museum’s shop features a curated collection of jewelry, clothing and accessories, home décor, books, and stationary which represents Fernie’s geography, culture and heritage.

Keep warm this winter with our shawls and scarves. 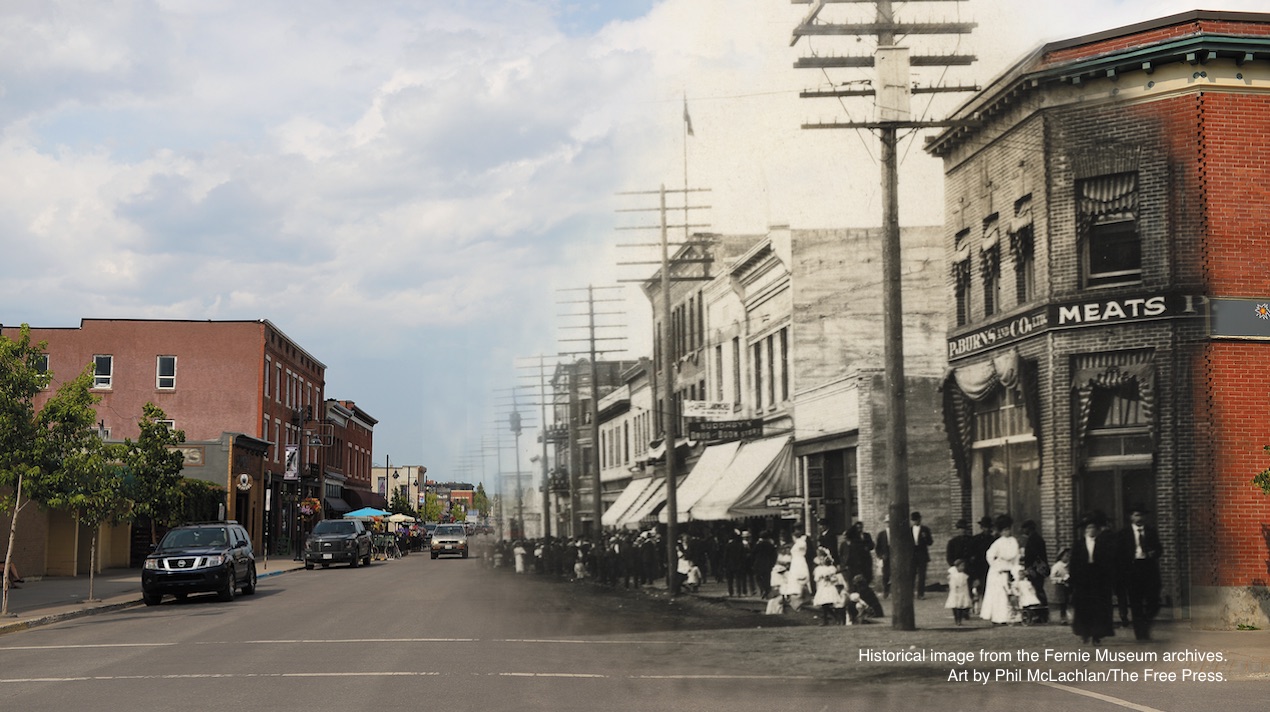 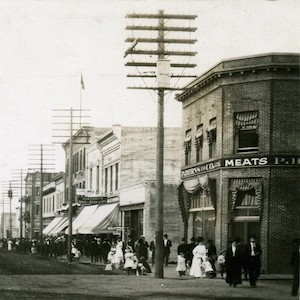 The Great Fire of 1908 was a dramatic, defining moment for Fernie that saw the community obliterated by fire in less than 90 minutes on August 1st, 1908. The fire claimed no lives, but the property loss was valued at over $5 million dollars, a staggering amount at the time. It was the second major fire in four years. In 1904, a fire destroyed much of Fernie’s commercial core and led to the incorporation of the City of Fernie and the formation of the Fernie Fire Department.

The efforts of the firemen were no match for the 1908 firestorm; they surrendered on the corner where the Fernie Msueum is today. People fled for the river. A Great Northern train passing through Fernie rescued many and took them to Hosmer. Surprisingly, 37 buildings survived. The Crow’s Nest Pass Coal Co. offices (Fernie’s City Hall today) became the place where refugees from the fire could obtain food and clothing. Nearby towns offered shelter, and supplies came from across Canada. 10 people were killed the firestorm.

Reconstruction of the town quickly began and was largely completed by 1910. A number of the buildings were built from locally produced yellow brick. Many of the buildings seen today along Victoria (2nd) Avenue were restored in the 1980s with the assistance of provincial grants.

“Fernie will rebuild. Fernie is populated by a people that is possessed with that indomitable western spirit that knows no such thing as failure, but continually follows the loadstone of success. Although there have been many distressing incidents, many losses, and many sorrowful cases of family distress, yet all will arise to the emergency presented and come out stronger and better than ever.”

Phil is an award-winning journalist and photographer with the Fernie Free Press, which has been in continuous operation since 1898. With the paper’s publisher, Jennifer Cronin, Phil has blended the Museum’s archival images with contemporary images shot from the same angle to provide a then and now perspective.

As an Interdisciplinary artist, Michael Hepher has built a fascinating artistic career over 20 years. His work is an exploration of unique ways of seeing the world. From the beautiful to the banal, his paintings and prints lead him to seek that one angle that gives each moment its particular voice. Colourful, textural works emerge with the goal of anchoring the viewer in a moment and seeing what they haven’t seen before. Painting in oil on canvas and wood or linoleum block prints, Hepher works with unique colour schemes and layers of texture to bring out the emotion of a landscape. A professional artist in a variety mediums for more than two decades, Michael found his stride after founding Clawhammer Press (a historic printmaking studio) in 2011 where he focused his work on painting and printmaking.

Verne Hornquist is a retired surveyor and draftsman. For over 40 years, he has been using watercolour, acrylic, ink and pencil to create local paintings of the natural landscape and historic architecture around the Valley. When he is not painting, you can find him out in his garden or in the workshop making elaborate bird houses.