Fires, floods, mine disasters and even a curse did not deter people from forging a good life in Fernie. 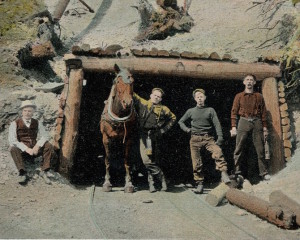 Fernie is named after William Fernie who, alongside Colonel James Baker, was the driving force behind the coal mines located in the Elk Valley region. The Crow’s Nest Coal and Mineral Company was incorporated in 1887, but it wouldn’t be until 1897 with the imminent arrival of the southern branch of the Canadian Pacific Railway that mining would begin in earnest. With access to markets and the CPR itself in steady need of coal for its engines, the new town of Fernie boomed almost overnight. The mines attracted people from eastern Canada, Europe and the United States. Visiting Fernie 100 years ago, it would not be unusual to hear over a dozen different languages being spoken on the street. At the height of underground coal mining, over 6,000 people called Fernie home; today 4,900 people live in Fernie with another 1,600 living just outside of the municipal boundary in West Fernie or at Fernie Alpine Resort.

Open pit mining in the region began in 1968; the last underground mine closed in 1986. Today, Tech Industries employs over 4,000 people in the Elk Valley – Crowsnest Pass region. 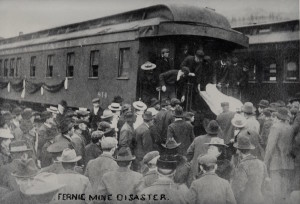 Fernie is for die-hards. In the face of repeated economic adversity, fires and mining disasters for well over a century, Fernie’ still stands and is testament to the resilience of its people.

Mining was a dangerous job. Several coal mining accidents and disasters have occurred in the Elk Valley and Crow’s Nest Pass mines. The worst disaster in the Elk Valley occurred in 1902, when 128 miners lost their lives in a fatal explosion that ripped through the Coal Creek Mine; it remains Canada’s third worst mining disaster.

Learn more about the devastating 1908 fire and Fernie’s historic architecture. 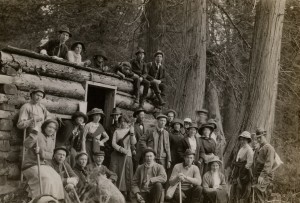 Fernie is all about life-work balance. Because we work hard, we play hard too. As a mountain community, we have been spoiled by both Mother Nature and a thriving cultural scene that has its roots in the early traditions of Fernie’s diverse multicultural community.

And we are happy to share it. We have been inviting visitors to come enjoy Fernie ever since 1921, when the Tourism Association of Southern Alberta and Southeast British was founded to promote Fernie and the Crow’s Nest Pass as a Rocky Mountain destination. The opening of Snow Valley Ski Development, a locally owned company in January 1963 and Fernie’s bid for the 1968 Winter Olympics helped lay the foundation for today’s Fernie Alpine Resort.

Discover what residents and visitors alike have known for centuries …. we have a ton to explore and do. We invite you to discover Fernie’s mountain heritage.